The village of Peille has been occupied since prehistoric times and this ancient human presence has left many architectural remains throughout the village and its surrounding hills.

Since the end of Neolithic

Today still, many stone enclosures testify to ancient human occupation on the heights around the village of Peille: cime du Rastel (skeleton of the Rastel man discovered in 1961), the castellaras of Porchiera and Caussinière, the Sié cave, the enclosure wall of Mont-Castellet, the baous of UeÏra ou Oïra protected by a fortification wall, the Clapissa, and the cime de Morgelle also feature thick walls, enclosures, or remains of dwellings.

It was first occupied by the Ligurians, descendants of populations that were already present in the region in Neolithic times.

7th – 3rd century BCv : The Ligurians were joined by Celts with whom they united peacefully to create the Celto-Ligurian civilisation (some 50 people under one king). These were sturdy warriors who knew their way around the mountain and resisted Roman invasion for 160 years. They lived at the foot of Mont Agel, towards Saint-Martin de Peille, and on Mont des Mules (in the current commune of Beausoleil).

Numerous tombs found in the Ville Valley to the north, in the direction of Madone pass, testify to their presence in those times.

In the Middle ages, the village of Pilia or Pelha was built at an altitude of 630m, hanging on the northern slope of Mont Baudon, surrounded on one side by Mont Agel and on the other by Mont Rastel. The village was close to a spring, the Faquin, that cleaved out a sharp gorge at the foot of a steep and lonely rock, the defensive site of the former citadel, also know as “baous de caster”.

The name of the village appears in the 11th century in a document of 1028; by then, the small medieval city was surrounded by fortifications and depended on the Viscounts of Nice, although it enjoyed relative autonomy. In the 11th century a small Romanesque chapel was built by the Abbey of Saint-Pons. It later becomes Sainte-Marie de l’Assomption Church. The Canons of Saint-Ruf d’Avignon took over and turned it into a priory. They built the beautiful 33m-high Romanesque Lombard belltower in the 12th century. The community of Peille was administered by three Consuls and was becoming an important city integrating many surrounding communes, as was confirmed by Alphonse II, Count of Provence, in 1176. Indeed, Peille had a court (place de la Colle, in the 13th-14th century building, still visible today) that enjoyed full legal authority over these villages, and executions were carried out on the Carcaïs where the gallows were still visible until the advent of the House of Savoy in 1388. Its territory extended from Braus and Mont Meras to the sea: everything that makes up Monaco’s coastline belonged to Peille.

Peille was becoming increasingly important, and now included the fiefdoms of Sainte Agnès, Castellar, Gorbio, La Turbie, Eze, l’Escarène, and Peillon. They secede from Peille under the counts of Provence in the 12th and 13th century.
1197 : the count Provence cedes to the Genovese one of Peille’s prime possessions: the Rock of Monaco.
The inhabitants of Peille are divided, some loyal to the count of Provence, others having sworn allegiance to Genoa. This division is at the origin of the creation of Peillon, which Peille loses in 1235.
Towards the end of the 12th century, the village is entirely surrounded by fortifications featuring square, round, and semi-circular towers, along with arrow slits, and machicolation. A medieval dungeon probably stood on the site of Lascaris Palace.
At the summit of the castle’s rock, a lookout post was still visible in 1923, bearing the name Canta Dugo (the song of the eagle-owl).

Towards the end of the 13th century or the beginning of the 14th century, there is a mention of the construction of the Magistrate’s Palace, also called Consuls’ Palace, where lower and higher court proceedings were held. Peille then becomes one of the main bailiwick towns under the authority of Nice, before being attached to that of Vintimille and Sospel.

1326 : An earthquake is felt in the Councas neighbourhood.
At the beginning of the 14th century, the fortifications of the village and the Saint Bernard stairway tower are erected. The ruins of these constructions are still visible today.

1386 :Construction of Saint-Sébastien chapel, the headquarters of the brotherhood of the Black Penitents, which it remains until 1860.

1563-1564 : Earthquakes shake the village. The priory of the canons becomes Sainte-Marie parish church and undergoes extensions to the North and West.

End of the X16th century – beginning of the 17th century: Construction of Saint-Roch Chapel.

Count of Bobba is the 1st Seigneur of Peille.
Count of Pellegrino becomes the second on the 25th of July 1633.
He is succeeded by Count of Blancardi in 1650.

1651: creation of the County of Peille, under Jean-Paul Lascaris-Vintimille, Grand Master of the order of Malta and 4th Seigneur of Peille. The construction of Lascaris Palace begins in 1690.

Peille belongs, in succession, to the House of Savoy, to the Kingdom of Sardinia, and to France from 1792 to 1814, during the revolution and under Napoleon.

Peille reverts to Sardinia in 1814, belonging once again to Piedmont, as does the entire county of Nice until 1860, before being definitively returned to France during the reattachment operated by Napoleon III.
Under the third Republic, in 1880-1890, the first fortifications of the defence system of General Séré de Rivières against Italy are built: on Mont Ours for example, on Segra pass, on Mont Farguet, to the north of the commune, and in particular the construction of Catinat fort in 1891 on Mont Agel, towards the south. The first military road connecting Segra pass to Braus pass was built by the Chasseurs Alpins force in 1895.

Before the first world war, in 1911, the Monte Carlo golf course opened on the slopes of Mont Agel. The road connecting Peille to La Turbie was only opened in 1923. The same year, at the top of the rock, the first dwelling of the inhabitants of Peille, a war memorial is erected thanks to donations by American opera singer Mary Garden.

Later, in 1939, the 14th century medieval Saint-Sébastien chapel is converted into a townhall.
1931-1933 : Construction of the new fort on Mont Agel as part of the Maginot line and its cablecar leading up to Laq’s neighbourhood (meaning “flat stone” in Ligurian), spelt “Lacs” in 1959. Other casemates were built on Banquettes pass and on Madone pass, forming a second line of defence of the fortified sector of the Alpes-Maritimes.

During theinterwar period,the network of roads took on strategic importance and was extended around Peille by the road to Banquettes pass in 1928, to Saint-Agnès over Madone pass in 1933, and to l’Escarène through Tres in 1936.

During the Second World War, in 1940, the forts of the Maginot line – Mont-Agel, Mont-Ours, Banquettes – withstand Italian assaults but are later decommissioned after the armistice of June 1940
The PC transmission phone exchange built in 1935 at the entrance of the village, later used as a shelter, testifies to these troubled times.

1944 : violent fighting occurred during the Liberation between resistance members of Peille and German garrisons at Banquettes pass and on Mont-Agel, as the village was bombed twice on the 19th and 20th of August 1944. This did not prevent the nuns of the hospice (Sœurs de la Charité et du Bon et perpétuel secours) and Peille residents to hide a handful of Jewish children from the roundups in Nice between 1933 and 1944. The village was finally liberated on the 5th of September by American and Canadian troops from the First Special Service Force, who lost five of their own in the territory of Peille, along with three US artillerymen who fell on Madone pass

In the following years, life was resumed and a prototype primary school, called André Marie, opened in the village.

Modern times : The commune of Peille now has 2395 inhabitants and includes three urban entities:
The Village of Peille, Saint-Martin de Peille, residential hamlet on La Turbie road, and Grave de Peille in the Paillon valley.
The commune houses the radio and television facilities of Monte Carlo, and Mont Agel has become an important airbase with high-performance radars to monitor air traffic, the first of which, DRVV 5A RAMOLO-type, was installed in 1956. In 2012, the airbase 943 of Mont-Agel becomes the Élément Air Rattaché 943 of Nice / Mont-Agel. 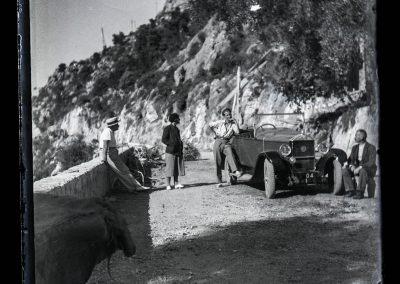 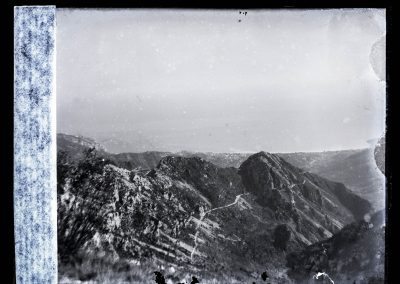 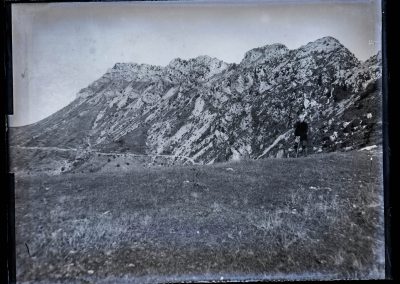 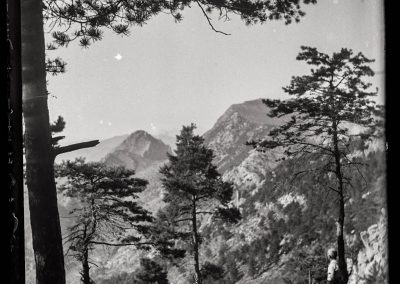 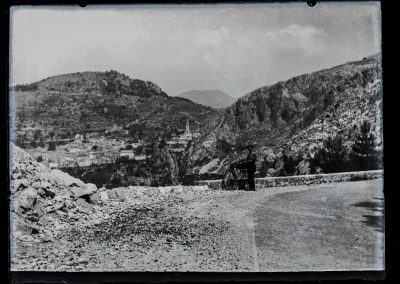 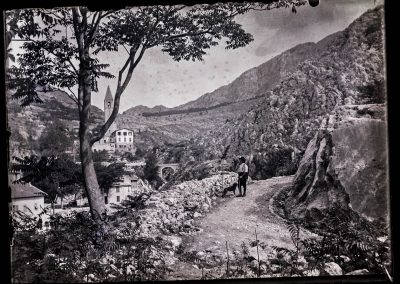 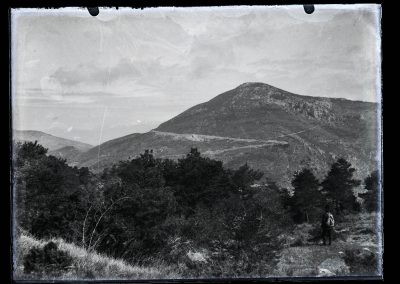